Warning: Use of undefined constant TDC_PATH_LEGACY - assumed 'TDC_PATH_LEGACY' (this will throw an Error in a future version of PHP) in /home/cannamjo/public_html/news/wp-content/plugins/td-composer/td-composer.php on line 107
 Trial begins for Fountain Valley man accused of kidnapping, mutilation of marijuana dispensary owner - CannaMaps

SANTA ANA >> A 38-year-old man teamed up with two high school buddies to abduct a marijuana dispensary owner from his Newport Beach home and torture him into telling the trio where they erroneously believed he had stashed $1 million in profits in the Mojave Desert, and when that failed, they cut off his penis and threw it away, a prosecutor told jurors today.

Kyle Shirakawa Handley is charged with two counts of kidnapping for ransom, aggravated mayhem, and torture, all felonies, with a sentencing enhancement allegation for inflicting great bodily injury. If he is convicted, he faces life in prison without the possibility of parole.

The victims were bound with zip ties, gagged with duct tape and blindfolded, Brown said.

The trio spent about 20 minutes “ransacking the home” before stuffing the two victims into a cargo van, where Simonian was “repeatedly” shot with a Taser, beaten with a rubber pipe, burned — possibly with a blow torch — and kicked during a 90-minute drive to the desert, the prosecutor said.

Barnes smelled methamphetamine being smoked in the van, she said.

The trio affected what sounded like bogus Spanish accents as they demanded to know where Simonian buried $1 million in cash, Brown said. But the victim, who worked in a “heavy cash” business because banks won’t accept medical marijuana profits for deposit, had not buried any money in the desert, she said.

Ultimately, the kidnappers slashed off Simonian’s penis and threw it out the window, Brown said. They left behind a knife for Barnes, admonishing her to count to 100 before trying to find the knife so she could cut herself free, Brown said.

Barnes was found about a mile away, walking on Route 14, her hands still zip-tied, Brown said. A Kern County sheriff’s deputy spotted her and came to her aid.

When authorities returned to the off-road site where the two were abandoned, they found Simonian covered in bleach and badly beaten, Brown said. The bleach was used in an attempt to erase DNA evidence, she said.

The case was a whodunnit as Simonian had no idea who might want to rob or attack him, the prosecutor said. Police lucked out, however, when a neighbor spotted a suspicious looking pickup truck with a ladder that arrived at the Barnes residence, but no one seemed to be doing any work there, Brown said. She gave police a license plate and investigators learned it was registered to Handley, Brown said.

Handley grew up in Fresno with co-defendants Hossein Nayeri, 39, and Ryan Anthony Kevorkian, 38, Brown said. Nayeri made headlines last year when he escaped from the Orange County Jail.

Handley and Nayeri were marijuana growers and Simonian befriended Handley earlier in 2012, taking him on two trips to Las Vegas, Brown said. It was on those trips that Handley likely saw the dispensary owner spending $15,000 for posh hotel rooms and gambling up to $5,000 nightly, she said, and came up with the buried loot theory.

Investigators found a zip tie in Handley’s Fountain Valley residence that had Kevorkian’s DNA on it, Brown said. A blue latex glove found at his home had DNA on it matching Nayeri’s, she said.

On Sept. 26, 2012, Nayeri led police on a chase in Newport Beach and got away, but police recovered his vehicle, which had surveillance cameras and GPS trackers in it, Brown said. Videos in the Chevrolet Tahoe showed hours of surveillance of the residence where Simonian lived with Barnes and her boyfriend, Brown alleged.

Another break came when Nayeri’s wife, Courtney Shagerian, went to claim the Tahoe from the Newport Beach impound yard, the prosecutor said.

Shagerian cooperated with authorities and helped them trick Nayeri, who fled to Iran when Handley was arrested, into getting on a plane in the Czech Republic, where he was taken into custody, Brown said. Investigators wanted to lure Nayeri into the Czech Republic because, unlike Iran, it is easier to extradite a suspect from that country, Brown said.

The GPS trackers she helped obtain showed Simonian had made trips to the Mojave Desert, so they figured he buried his cash there, Brown said.

Police working undercover picked up a towel Kevorkian used at a health club and used the DNA on it to make a match to the zip tie at Handley’s home, she said.

“I expect you will be saddened and sickened” by the evidence in the case, Brown told the jury. “But, also, you’ll be thoroughly convinced of Kyle Handley’s guilt in this case.”

ALBANY — The planned merger of two of the nation’s largest cannabis companies is being closely watched by industry insiders in New York who are wondering just how state regulators are going to handle an acquisition that, on its face, seems to violate state law.

MedMen Enterprises and PharmaCann announced the $682 million deal to stockholders last week, noting that the acquisition would create the nation’s largest cannabis company with licenses to operate 79 facilities across a dozen states, including two cultivation facilities and eight medical marijuana dispensaries in New York.

New York Public Health Law, which allows marijuana for medical use only, prohibits a registered marijuana organization from owning and operating more than four dispensaries in the state. The provision was designed to prevent market domination, even as some argue it limits access for patients who must travel to far-flung destinations to get their medicine.

The four-dispensary-per-company limit remains, however.

MedMen, a Los Angeles-based company known for its high-end marijuana stores, would acquire the assets and licenses of Illinois-based PharmaCann in the stock deal, though it must gain regulatory approval from local and state authorities in each of the markets where those assets are held.

“We are in talks with the regulators in all of the jurisdictions impacted by this acquisition, including New York,” said MedMen spokesman Daniel Yi. “The first step in any acquisition is for the two parties to agree to the terms and enter into a binding contract. Then you go seek approvals from all the relevant regulators. We have begun that process now.”

New York’s Department of Health, which oversees the state’s still-nascent medical marijuana program, said Monday that any merger proposal submitted to the agency for approval must be in compliance with state law. There are also requirements regarding ownership changes, said department spokeswoman Jill Montag.

“Regulations prohibit a registered organization from changing the composition of its ownership without prior written approval of the Department of Health,” she said. “MedMen and PharmaCann do not have approval from the department to conduct this transaction, and at this time the department has insufficient information to determine if approval can be granted.”

MedMen said it expects the transaction to close within six months to a year. It declined to speculate on its plans should New York reject the deal.

“It would not be proper for us to get ahead of the process,” Yi said. “We are currently in talks with regulators and we feel confident about the outcomes.”

In a news release issued Monday, MedMen said that it will use “commercially reasonable efforts” to transition licenses to a third party if it is unable to gain regulatory approvals within a two-year time span, with proceeds going to the company and its investors.

Founded in 2014 in Oak Park, Ill., PharmaCann was one of the five original organizations registered to operate grow sites and retail stores in New York, which went live with its medical marijuana program in January 2016.

The firm quickly became a major player in the industry, and today is considered one of the nation’s leading providers of medical cannabis with operations in Illinois, New York, Maryland and Massachusetts, and planned expansions in Michigan, Ohio, Pennsylvania and Virginia.

Its facilities in New York include a cultivation center in Orange County and dispensaries in Albany, the Bronx, and Central and Western New York.

MedMen, meanwhile, had become a major player of its own, primarily out west, selling both recreational and medical marijuana. It entered the New York market last year when it bought out Bloomfield Industries, one of five original organizations licensed to operate in the state.

But it didn’t garner much attention until this past spring, when MedMen opened its first dispensary in Manhattan on pricey Fifth Avenue. The move appeared to be a gamble that New York would soon legalize recreational marijuana, since the state’s tightly regulated medical marijuana program is small by industry standards and unlikely to generate sizable revenues without significant expansion.

Indeed, New York appears poised to jump on the recreational bandwagon. Gov. Andrew M. Cuomo in January ordered a study into a regulated, adult-use program, and by June the Department of Health concluded such a program would have more positives than negatives.

A task force is currently researching and crafting legislation for consideration in the upcoming 2019 legislative session, and public hearings on the matter are being held statewide.

MedMen said Monday that it has consistently advocated for full legalization of marijuana, as well as an increase in the number of licenses and dispensaries. 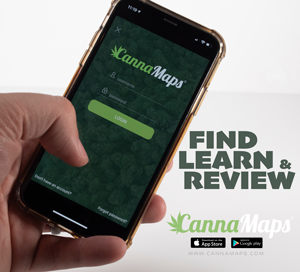